More Drama around the world on Mandatory COVID Vaccination 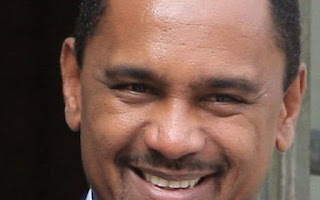 High drama is expected to unfold as the December 1 deadline stipulated by the FG of Nigeria that all public workers get jabbed for COVID draws near.  With abundant data from all over the world, there is now no question anymore that the experimental injections, known to be incapable of preventing infection or transmission of COVID pathogens, nevertheless posed significant known adverse health outcomes (including death) in the short term, and possibly equally horrific unknown ones in the long-term.

While we await what drama would unfold in Nigeria in a fortnight, there is no lack of high drama in other locations across the globe.  Recently unfolding ones include the dismissal of the Vice President of Polynesia, Tearii Alpha, from office for his blunt refusal to get the COVID jab. The Speaker of the national Assembly, Gaston Tong Sang is also among other high government officials who have decided to shun the experimental injection – but the process of removing a Speaker is more involved, than that of the VP which the President could unilaterally effect.

Even then, it is clear that the President Edouard Fritch was only implementing scripts forced upon him by globalists.  Earlier in August, immediately after dutifully announcing the latest COVID measures, President Fritch and other prominent politicians had joined then VP Alpha in his wedding bash where they flouted every one of those protocols just announced!  Even now, Mr Alpha still gets to keep his influential job as member of the cabinet and minister in charge of Agriculture, Blue Economy and Research. Clearly, Polynesia is merely playing to please the gallery – possibly France’s Macron.  We mentioned before, the incredible story of Hillary Clinton publicly berating UK’s Boris Johnson on his reluctance to introduce Vaccine Passports, and  sack enmasse unvaccinated government workers. (see https://www.express.co.uk/news/politics/1510678/hillary-clinton-andrew-marr-mandate-vaccine-passports-covid-anti-vaxxers-boris-johnson-vn )

In other places, the carrots and stick approach continues.  For instance in New York, children who receive the jab are offered $100 immediate cash, and are entered into a draw for a possible scholarship up to University level.  In Vienna, we see a brothel inviting men to come get jabbed and have free half an hour sexual experience with any lady of their choice.  In Australia, elected members of Parliament who refuse to get jabbed can no longer vote (even electronically), and Premier of Victoria state, Daniel Andrews, is on his way to being granted powers to declare state of emergency indefinitely, following any pronounced pandemic!

Yet, some people cannot see anything abnormal in any of these developments!  Hmmm!

See you next week, God willing.