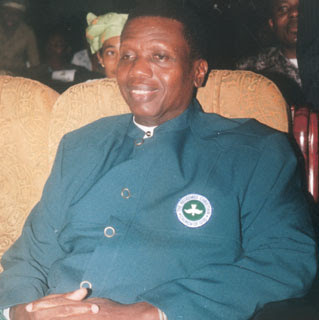 Many people will be surprised to recall that it is now ten quick years since the famous Lekki ’98, when millions (CNN said to have reported 7 million) gathered together at the Lekki Beach to celebrate the first edition of what then used to be called the Holy Ghost Festival. Organized by the Redeemed Christian Church of God (RCCG), it was certainly a landmark event, reminiscent of the congregation of the children of Israel in the days of Moses. Subsequent editions have moved to the Holy Ghost Arena at the Redemption Camp, first as a 3-day event , and now as an all week-long (Monday to Saturday) affair.
Spiritually-speaking, the Holy Ghost Congress has an even older history. The first “Congress “ in the RCCG was actually Pastor Adeboye’s indignant response to the Festival of Arts of Culture (FESTAC) hosted by Nigeria in 1977. Irked about the idea of people congregating in large number to celebrate dead idols, the then totally unknown Pastor E.A. Adeboye persuaded his father-in-the-Lord, the General Superintendent of the then obscured RCCG, to organize a “parallel” celebration of the Holy Ghost at Ilesa, in Osun State. Today, while organizers of FESTAC struggle to have a repeat celebration (see for instance www.pmg.org.za/files/docs/080205draftbrief.pdf), the ORGANIZER of the Holy Ghost Congress seemingly has no difficulty in taking the event to ever-increasing heights of glory, attracting millions of participants from all over the world every year.
Church Arise! believes that apart from an exciting Spirit-charged atmosphere featuring excellent music, seminars and teachings; or the outright miracles and life-imparting prophecies, the Sovereign Almighty God Himself – for some point He is keen on making -is directly behind the gathering of the multitudes who have become faithful features of these meetings. If you are yet to participate in the Holy Ghost Congress, this year is an excellent time to partake of this unique indescribable experience. Themed “Joy Unspeakable”, the 11th Holy Ghost Congress runs from Monday 15th – Saturday 20th December.
Posted by CHURCH ARISE! at 7:22 AM 2 comments:

"Bogobiri, who also doubles as the Catholic Bishop of Kafachan said any religion which promotes violence certainly has some questions to answer, saying that the circumstances leading to the Jos crisis has nothing to do with religion but purely political.
"What happened in Jos cannot be described as a religious thing, because there is nothing religious about what has happened. it is only a pity that any time a crises like that occur, it is given some religious coloration and talk."

Comment:
The last time I checked, innocent graduate-youths on various national callings (NYSC) from the Southern parts of the country were heartlessly hacked down in their primes, even when they were talking to their relatives on phones and praying to God for immediate intervention. It was not reported that those Copers were candidates and flag-bearers of any of the political parties that contested the local government's elections in the Plateau state. It was also not reported that those future leaders cut down in their primes were party fanatics. The cause of their heinous killings simply bordered more on either their religion or tribe. No more! No less!

I'm not saying that the cause of the mayhem was not political. What I'm saying is that political factor could be its remote cause. But "remote" is not the only cause of these dastardly and unacceptable killings, disorder and lawlessness in Jos. There was the "immediate cause element which even became more deadlier than the "remote cause element".

Both causes should be investigated, and those involved brought to book in accordance with the Law of the land. No one has the right to take another person's life under whatever guise. No! Enough is Enough!!

Let me put it succinctly clear to Bogobiri, the Catholic Bishop of Kafanchan that, aside from the remote causes of the mayhem which is undoubtedly political, there was also the immediate' cause element which could either be religious or tribal or both. Immediate causes shouldn't be swept under the carpet as Bogobiri appears to be doing. Nigeria should learn to call a spade by its name and give it the exact treatment it deserves.

With what is happening in Jos, if I were seeing my life in Nigeria at this point in time, I don't think I would encourage any of my relatives to go to any of the Nigerian states in the North to serve the country in the name of NYSC. I will stop her/him from going their - not because I'm not patriotic. It has everything to do with his/her safety. He/she is not safe in the North as long as he/she remains a Christian or Southerner. And this is very unfortunate.

May I call on the Aso Rock, to avoid listening to the rhetoric of religious leaders and politicians and take the bull by the horn. The REMOTE and IMMEDIATE causes of the trouble in Jos should be EQUALLY investigated and those responsible brought seriously to book.

This is the way to bring back confidence in the polity, honour those whose lives were cut down senselessly and keep Nigeria ONE!