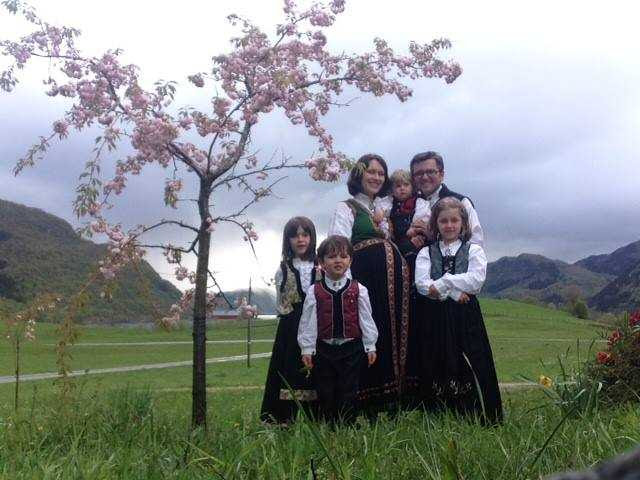 OSLO, Norway — Following a seven month battle, the Norwegian government has agreed to return the four remaining children who were seized from their parents last November after a school principal expressed concern over the children’s “religious upbringing.”
“Hallelujah! Praise the Lord! The Bodnariu family will be reunited!” reads a statement released by spokesman Pastor Cristian Ionescu. “The Naustdal Municipality of Norway has come to terms with Marius and Ruth Bodnariu for the return home of all of their five children.”
As previously reported, in November, the Barnevernet seized Marius and Ruth Bodnariu’s two daughters, two sons and baby Ezekiel. The two eldest children were reportedly removed from school without their parents knowledge, and then Barnevarnet representatives arrived with police at the Bodnariu home, where welfare services seized the remaining children, minus the baby.
The organization returned the following day and removed the infant as well after the family tried to resolve the matter after being arrested.

Read more at http://christiannews.net/2016/06/06/norwegian-government-to-return-children-seized-over-concerns-about-familys-faith/
Posted by CHURCH ARISE! at 11:00 PM