In my PHY101 class today at the Redeemer's University, Ede, Nigeria (on sabbatical appointment), as I introduced the famous Laws of motion first  described by Isaac Newton, I remembered having read  somewhere that Newton made some predictions for this very month we are in, some 300 years ago!  I teased the immensely curious students that they would have to go google it out themselves on the internet and find what it's all about while we zap on with our Physics. Reading the details myself later in the evening, I found Newton's interpretation of Daniel 9:25 & 26 most interesting.  I've never myself been fully satisfied with the conventional popular interpretation, but had to go on with it for lack of a better alternative.  Newton's interpretation of two separate events: a rebuilding of Jerusalem in the Babylonian days, and another rebuilding in these latter days (June 1967) is perfectly consistent with the style of Daniel - which methodology Jacob Prasch at great length emphasized is the correct way to read a Jewish book - in his important article, The Future History of the Church.  In any case I feel it worthwhile posting this 2008 posting onTribulation Now on the subject for the readers of Church Arise!  While we dare not predict a date for the Rapture, we know for sure that it is imminent! Oh how glorious if Newton's prediction for the 23rd of this month (next Tuesday!) were to be correct!

Of course there is no problem if we are still here Wednesday and beyond.  But certainly Tuesday 23rd September is already a day of great significance on its own.  Not just that on this 226th day of the year, the 226th (and possibly the last) Pope will be having an epochal meeting with Barack Obama at the White House and a number of such significant considerations; September 23 2015 is exactly 49 years (using the prophetic lunar calendar of 30 days = 1 month) from June 7 1967, the day Israel took control of Jerusalem and the Temple Mount again since AD 70! And it happens to fall on the significant Day of Atonement - Yom Kippur! That is truly significant on its own!

Whenever the LORD in His infinite wisdom and grace would choose to return for us, our charge is clear: Occupy till I come!  Marana Tha! 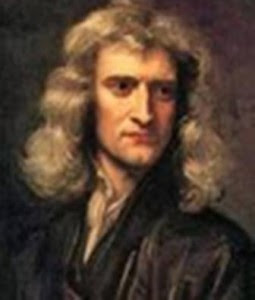 Sir Isaac Newton, who lived some 300 years ago (1642-1727), was one of the greatest geniuses in all history, with perhaps the highest I.Q of anyone in history. He is called “the father of modern science” and “the father of the industrial revolution.” He discovered many scientific laws. God chose Isaac Newton to impart many of His deepest secrets and riddles          .
There is strong evidence that God gave Newton the most mysterious secret and riddle of all — the timing and the events of the end of the age!
Newton was a devout believer in Christ and Bible scholar, fluent in ancient languages, and who translated directly from the Hebrew and Greek. He was unusually drawn to the prophet Daniel, which he began studying at age 12 and continued until he died at age 85. In fact, The Columbia History of the World, a secular history book, remarks, “At the end of his days he spent more time studying and writing about the prophecies in the Book of Daniel than he did in charting the heavens.”  Apparently, God Himself put in Newton’s heart this burning desire to study Daniel, then gave him the key to the timing of Christ’s return.
Could this be the final profound secret the Lord revealed to this godly genius near the end of his life — a secret “accidentally” discovered in the Library of Congress and republished just in the last few years — a secret so simple that most have missed it?
If Newton was correct in his interpretation of Daniel, the prophet to whom God gave specific timing, then the return of the Lord Jesus Christ will be very, very soon, indeed!
Newton’s understanding of one key passage in Daniel chapter 9 is fundamentally different from that of most common interpretations. In about 550 B.C., God gave the prophet Daniel a view of history to the end. From Daniel 9:25, scholars usually add the “seven weeks (of years, or 49 years) and 62 weeks (434 years)” to get 483 years and calculate the time of Messiah’s First Coming. However, Newton says there is no linguistic basis for adding those two numbers (49 and 434), and to do so is “doing violence to the language of Daniel.” Newton says the two numbers separately speak of both the First and Second Coming, both being counted from the “going forth of the commandment to restore and to build Jerusalem.” Some commentators agree.
Continue reading at http://www.tribulation-now.org/2014/11/10/newtons-calculations-point-to-sept-23-2015-yom-kippur/
Posted by CHURCH ARISE! at 7:35 PM