The first of the eagerly awaited blood-moon tetrad occurred as predicted on April 15, 2014.  However, it was a celestial show that "premiered" in the United States.  Most other locations on earth (including Nigeria) were in daylight at the time the earth was casting its shadow on the moon to form the total lunar eclipse and the associated moon-turn-red scenario. Hence we missed seeing the images. 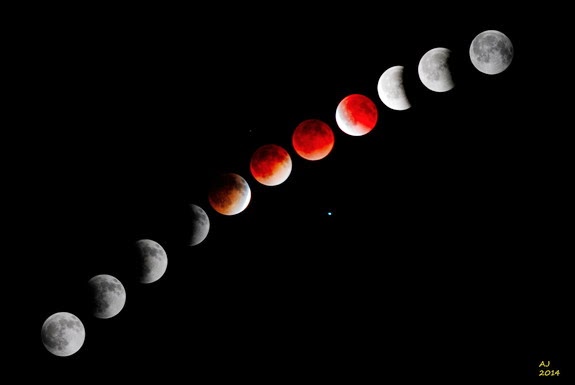 However, trust the Americans.  There is a good number of excellent pictures of the "wao-ing" event.  Check some from this site here for 49 exquisite images.