The events sponsored by the Gates Foundation that is leading to the present courageous action by India are quite similar to the 1996 Pfizer meningitis scandal in Kano - big pharmaceutical companies riding roughshod over the poor undiscerning masses. ( https://en.wikipedia.org/wiki/Abdullahi_v._Pfizer,_Inc.).  The fear now is that the developments in India might only shift Bill Gates attention to Nigeria.  Do we have any government authority able to stand up to Bill Gates in Nigeria? 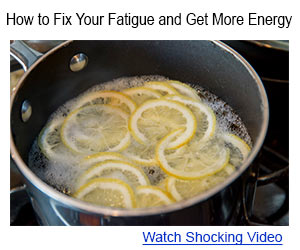 (Natural News) In the U.S., many look to him as a benevolent humanitarian simply trying to save the world from communicable disease. But in India, billionaire software guru Bill Gates has basically been told to get the hell out the country now that he and his wife Melinda’s infamous foundation has been exposed as nothing more than a vaccine-pushing fraud directly tied to Big Pharma.
India’s National Technical Advisory Group on Immunization (NTAGI) announced recently that it is officially cutting ties with the Bill & Melinda Gates Foundation. This announcement comes after it was shown that so-called vaccine “campaigns” conducted on tens of thousands of young girls throughout India back in 2009-2010 that were meant to help protect them from cervical cancer were actually cloaked vaccine trials involving two highly controversial vaccines known to injure and kill.
The vaccines in question are Cervarix by GlaxoSmithKline (GSK) and Gardasil by Merck & Co., both of which are marketed as protecting against the human papillomavirus (HPV), which is claimed to have a link to cervical cancer. Both vaccines come with extreme side effects, and evidence shows that GSK and Merck essentially teamed up with the Gates Foundation to take advantage of young Indian girls and use them as human guinea pigs in trials of the two vaccines.
According to independent journalists, these trials resulted in thousands of injuries and hundreds of deaths that were eventually traced back to the two vaccines. Once news of this got back to Indian authorities, an investigation was launched that landed the Gates Foundation in court for serious ethical violations. Economic and Political Weekly, which led the investigation, says that the Gates Foundation ban is unquestionably necessary due to “…the promotional practices of drug companies, pressure from powerful international organizations, and the co-option of, and uncritical endorsement by India’s medical associations are influencing the country’s public health priorities.”

Backing these claims are several whistleblowers from the Indian non-governmental women’s organization Sama, which brought before authorities considerable evidence showing that young women were taken advantage of by Bill Gates and his cronies, who illegally injected dangerous vaccines into them without proper consent or even full disclosure as to what was being dispensed into their bodies.
Besides receiving the dangerous vaccines, these same women were forced to submit copies of their fingerprints to government authorities, a coercive effort that only further indicts the Gates Foundation for human rights violations involving some of the most vulnerable members of the global population.
“The Centre has shut the gate on the Bill and Melinda Gates Foundation on a critical national health mission, and possible conflict of interest issues arising from the foundation’s ‘ties’ with pharmaceutical companies is one of the reasons,” reports the Economic Times of India.
“All financial ties of the country’s apex immunization advisory body, National Technical Advisory Group on Immunization (NTAGI), with the Gates Foundation have been cut off.”
Because India’s national health program has not been completely infiltrated by vaccine-pushing, drug-hawking eugenicists like Bill and Melinda Gates, various arms of its sub-agencies were able to support this decision and make it a reality. It took five years of battling with India’s Supreme Court, but ultimately it was all worth it because, for once, the globalists have lost a major avenue for pushing their agenda of death and destruction.
“We welcome this move by the government,” Ashwani Mahajan, a co-convener of the Swadeshi Jagaran Manch (SJM) platform that successfully eradicated this entity of “economic imperialism,” told Economic Times of India, who wants to see India continue to reject this type of foreign infiltration. “We have always said foreign influence in our domestic policies in any way must be avoided.”
Posted by CHURCH ARISE! at 5:12 AM