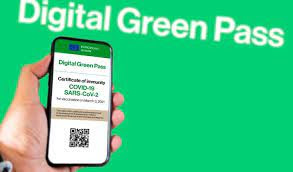 Another shocking revelation of how Europe sees Africa was the blunt affirmation by Europe that the Astra Zeneca “vaccines” she “generously donates” to Africa, do not after all confer same benefits on recipients as those distributed in Europe and other developed nations!  Vaccinated folks from Africa would therefore not qualify for Europe’s dubious “green pass” which allows travelers unimpeded travel experience in the European territory. All this notwithstanding, this EXPERIMENTAL medical product continued to be forced on people here in Africa.  It is particularly saddening seeing efforts to subtly force it on people, who are vulnerable by virtue of their being under some training or authority.  But while some were able to call off the bluff (e.g. at some NYSC camps, according to official sources), others had to quietly accept their fate.  For instance, we learnt, on good authority, that though the vaccine was initially massively shunned at the School of Nursing Osogbo (Osun State, Nigeria), it wasn’t long that the hapless trainees got “encouraged” to change their mind, and now, almost every one of them has received the jab.  Yes, athletes at the National Sports Festival Edo 2021 were all mandated to receive the jab, but at that time nobody had all the incredible statistics of alarming adverse and concerning effects as we now have.  Some people are already preparing charges of “crime against humanity” against the brains behind these experimental products being called vaccines.

Meanwhile more lights are being thrown into the magnetofaction properties being exhibited by the experimental mRNA vaccines.  Has to do with the graphene nanoparticles which are now known to be present, in clearly unreasonable levels in these products.   Surprisingly, some claiming scholarship, still attempt to deride this magnetic phenomenon globally reported across social status, race, nationality;  and now overwhelmingly affirmed in hundreds of peer review scientific papers.  Apparently, this well-established practice, is needed to facilitate the uptake of nucleic acids into every nook and cranny of the body.  Including places they are explicitly forbidden by nature to access, placing them in the same class as GMOs.  Alarmingly, even the service providers clearly warn against their use in humans, not even for research. Hmm…!